I believe in breaking down the wheel and rebuilding through disruption. 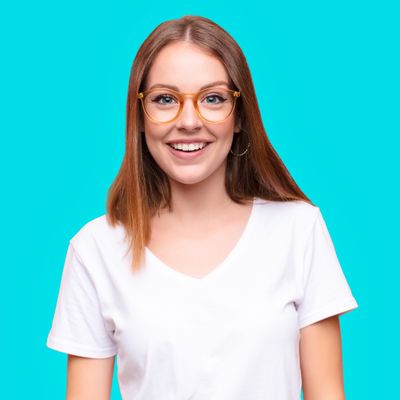 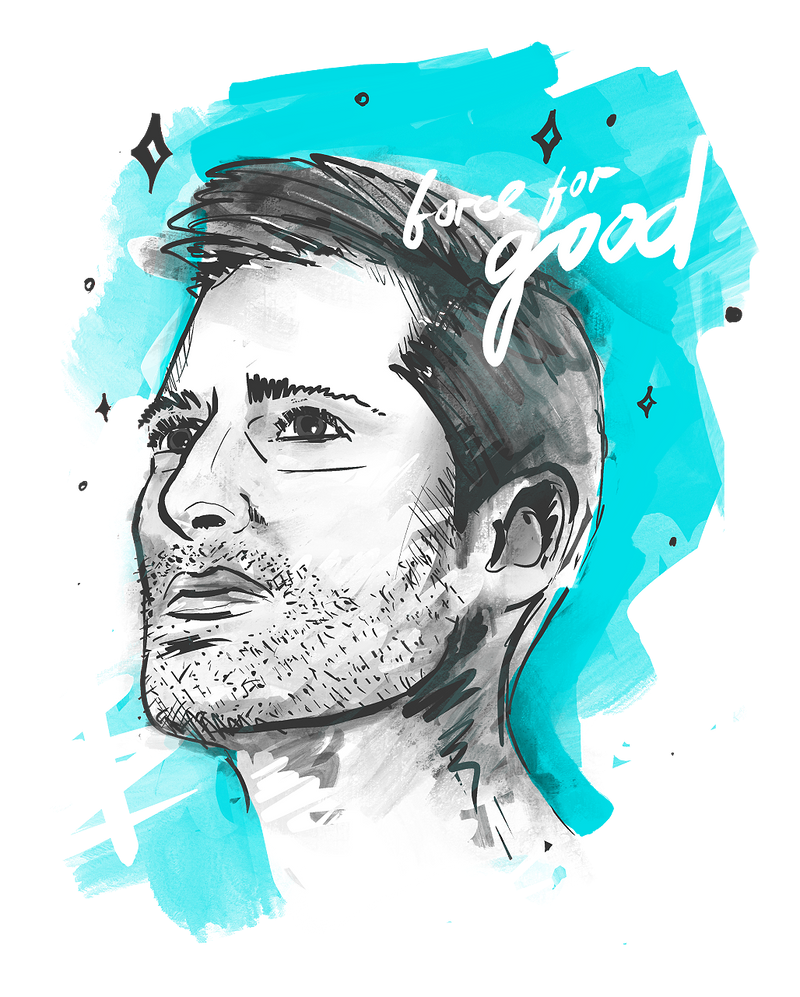 What is the best and worst part of your experiences in the life insurance industry?

I'll start with the best, and I think the best part for me is the people that you meet. Being an actuary, you meet some of the smartest human beings in South Africa, possibly the world. You learn from them. You grow from them. You get to go, I guess, head to head and measure yourself against the best out there.

And I think that's that was the best part of the industry, insurance and especially life insurance, life insurance like the granddaddy of insurance. So it's that's the oldest and it attracts the most, most amounts of actuaries. And I would say the people have learned from the people I've managed to meet and the people you kind of put yourself against. That's probably the best.

The worst is that because it's the granddaddy because it's the oldest, the so many legacy issues and went out when it's at my worst and probably just going to like to highlight some of the problems in the industry.

I think it's easier with analogies. So like the one that I like to use is the white T-shirt fallacy. So in real life, you wouldn't walk into a store and say, OK, I want that white T-shirt that says you're walking to whatever's missed the price and I want to buy that white T-shirt and I turn around and say, Cool, you can have this white T-shirt sign a contract that you'll buy this same white T-shirt, same size for the rest of your life. It doesn't make sense. You know your size changes, you get bigger, you get smaller.

It's a static generic long term contract that locks you into buying the same thing based on your needs today, which doesn't make sense because your needs change over time. That's the first analogy.

The second analogy is the chips packet problem.

You get your packet of chips and it's full to the brim and you think it's full and then you open it up and there's mostly air. So that's the worst, and that's kind of what the life insurance industry is currently at the moment.

The problem is that behind the scenes, so little of your money goes to you. Covering the risk of actually dying is that if you pay R100 around only R40 rands goes to protecting you for the actual need.

That's for me that with the biggest problems is kind of static long term nature and the fact that it was just an inefficient old structure, there was no tech. And then the fourth one, which is very important for me, was that there was a lot of misselling going on.

We've spoken about these problems. How exactly is one spark solving these worst problems?

I think the nice thing is that's when Josh myself started, being very ambitious, we just threw out what's been done and just start afresh. No legacy issues. When people start insurance companies, they take the exact same model. If you think about it they only solve a small need, which is a little sad.

We started from the ground up. It's very bold, to take on something that has been around for 170 years, but what we've built is life insurance for the 21st century.

If you take away that and move towards kind of a more short term structure you can align it with people's today present value bias. They look at now, not the future value of something 20 years from now.

We created this kind of contract which we termed Pay-as-you-need life insurance, which is based on the idea that you only pay for what you need right now. It works very well because it allows the policy to be dynamic, flexible and it changes over time.

In terms of legacy, most companies still going through medicals and lengthy admin heavy journeys. We should all move into the 21st century where we use tech like smart devices, predictive advice. You visit google and it predicts what you want to say before you even said it.

We decided to do it. We started by building an incredibly smart underwriting model where the majority of our clients don't have to go for medicals, which is an unbelievable thing for both the company, which allows us to sell and guys can get cover in three minutes.

It's also amazing for our broker force. No longer do you need to wait a week, or month to onboard a policy. A broker can sit with his client, do their financial needs analysis in person and get cover within minutes.

It also improves misselling where brokers are now better equipped to know what they sell. It calculates the actual needs of the client. And, our AR algorithm can do that for them. The smart model takes all these factors into account and calculates a number where it indicates the client needs X, Y and Z. We match that to the most optimal cover and it changes over time.

Our system does a lot of the heavy lifting, which helps brokers. It also helps brokers during the onboarding stage because clients can pretty much get covered with a few clicks. There are a lot of ways of solving problems.

I wanted to ask you to just know what is the best mistake you ever made while building OneSpark?

Best mistake. I think it's a tough one. I'm going to change it slightly.

I'm a big believer in everything happens for a reason, just generally in life. A lot of like things happen because it's happening kind of stuff and then you look back at that and it just makes sense.

We soft-launched pretty much at the end of 2020. And we're getting into the markets and getting a lot of traction with our products, even starting to get global partnerships. There was a lot of attention on us and basically, there was a misclassification, unfortunately, by our underwriters which caused the regulator to come after us and stop us from selling.

We've never been able to sell our flagship product ever again. But at the time it was extremely difficult. It was the most amazing thing to watch how the company came together to find a solution.

The team worked day and night, 24 hours a day, going through the legislation to find what we could do the get our products back. Redesigning the products, repricing, rebuilding the products in three days.

That's unheard of. These things take years normally, you know, they take a lot of time and effort. The best thing about OneSpark is the people.

We came back, we started selling again and we broke a new business record within a week.

For us to come through and pull together, so early on our journey just confirmed to me that there will never be a challenge that we cannot overcome.

What is the advice that you're glad that you ignored?

Never underestimate experience. I've learned that, but by always following the same you will never do anything different.

When we started, we had an idea. We wanted to change people lives, trying to do good. We came up with this idea to give them a cashback of R1 million. How could we make this happen?

And every person we told that said that's not possible. We sat in meetings with CEOs of big companies, while we price the product and they're saying it's not possible. They said you cannot give a person R1 million back for a monthly premium of 100 bucks and give R50,000 cover.

I said I'll show you, we can do this.

Thankfully, I didn't listen to them, that was the first thing. The second thing a lot of people just say to us is, you cannot go direct clients, it's just not going to work. You can't build a full end to end solution that allows for automated underwriting, as is not possible. You need medicals and, and, and. I just said, no guys, you don't. And this was pre-pandemic, pre-COVID, and now we're laughing because that's where the whole world's going and they're playing catch up.

We saw this way before and we're ready to go while they are stuck in the legacy issues and old systems. We knew that it can work. So yeah.

What is the last thing you do at night?

And obviously, brush my teeth and then head to bed.

What motivates you in the morning to wake up?

Honestly, three main things, but the two biggest things for me is my people and truthfully to say South Africa, those are the two things to motivate me.

What I mean by my people is by definition OneSpark.

It's for all the people employed, for our clients and the brand. That's the biggest thing for me right now, making OneSpark a success as a thank you to the people that come along in the journey.

When I say success, I mean a global powerhouse. That's why I don't mind working 14, 16 hours a day. It's tiring, but it's also rewarding.

I want to create a company that is bigger than myself, that's way bigger than myself and bigger than all of us. A company that can be a force for social good. Individuals often feel hopeless, powerless in whatever form, that's what you buy into unions. That's why people have representatives. When you have a big, strong company, then you can make some real change in South Africa and on a global scale.

The third thing that motivates me is our clients, to do things right for our clients. There are a lot of sneaky, underhanded things that happen in the insurance, and it's not just life insurance.

There's asymmetry of information because of making massive profits and not doing things right. For me, it's to go up against the big guys to be a complete disruptor, to always stand by what we're doing 100% because what we do, in my view, will always be right and we will never cut corners.

That's my biggest goal to change the industry, to go up, to have those tough debates with other CEOs and really move the needle. I don't believe in marginal innovation. I believe in breaking down the wheel and rebuilding it in terms of disruption. That's a big passion that I have. 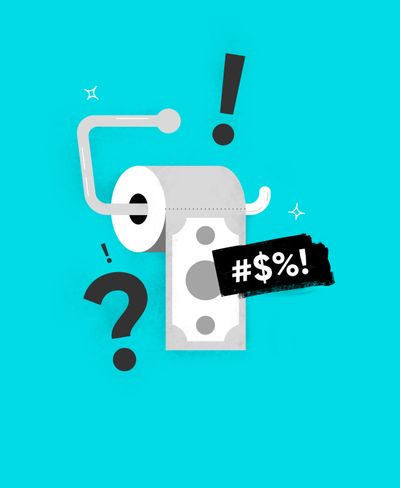 #$%!, everything you know about life insurance is wrong. 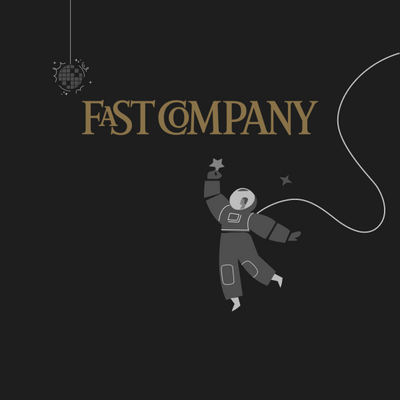